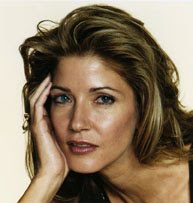 I only got a chance to read the Sunday Times’ Style today (I know, a ‘bit’ behind).

I particularly enjoyed an interview with Candy Bushnell, the author of SATC. I won’t be pretending, although I love SATC – like any girl having a bit of trouble with shopaholism, men and generally life does (should I have said every girl?), I had never really been interested in the person behind it. How silly of me.

Candy is an absolutely stunning woman (I’d kill to look like that when I’m her age) and seems to have her head in the right place too which I really respect in people. Her dream used to be my dream but hey, I’m way too old to be trying to make into the big and fascinating world or writing; not that I ever had a chance 😉

For those who are as under informed as I am, ‘The Carrie Diaries’ is coming out soon which is Carrie’s biography of her pre-City life. After reading the little extract in the paper I’ve decided to put my ‘no chick lit’ promise on hold and I’m hoping to get it as soon as I see it in the shops. Hopefully it’s worth it…

And a little something Candy said that I adore… “Every bit of success that I have had, I have worked for it. No maaan has made it possible for me to be a success.” 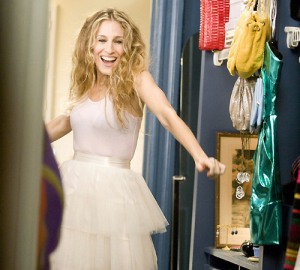