It was my friend’s birthday last week. We had a lovely chat over a drink @ South William’s on Thursday (after trying to get together for months, as always) but the party was a must. As usual I was struggling with what to wear. It’s easy if you’re going along with couple of friends and you’re just generally aware of how much effort everyone is going to put into their outfit 😉 If you’re heading to a party where you know no one except for the birthday girl herself, that’s a hell of a different story for me. You see I might be confident at work, maybe sometimes even considered bitchy after clearly expressing my opinions 😉 but when it comes to bunch of people I never met before I’m back to my teenage self with all the insecurities right back there. I usually play it safe then clothes-wise to ensure that I’m at least comfortable and don’t stand out too much.

This time I went a little bit more as myself… and even tried out my red lippie for the first time, yay! 🙂
I went totally mad for it in Spain (the second of my ‘12months 12 countries’ destination I headed to with my sis at the beginning of February; more coming soon; we’ve done some serious shopping!) and although I bought a Dior Rouge on the way home I wasn’t sure whether I’ll be actually brave enough to wear it in Dublin. I mean you get whistled at on the streets just by wearing jeans, what could red lipstick do huh? However, is there a better time to try it out than a night out when you really don’t know anyone? (and so, you can sort of be whoever you want…)
So here’s my outfit, probably for the first time ever without a necklace as I thought I’ll let the belt do the talking 😉 I think pom poms on the dress are funny and a bit mad at the same time-just the way I like it! 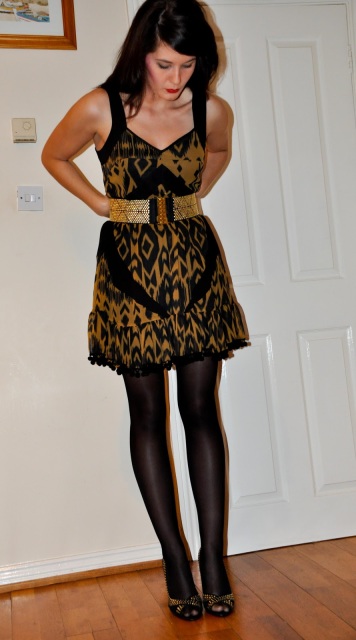 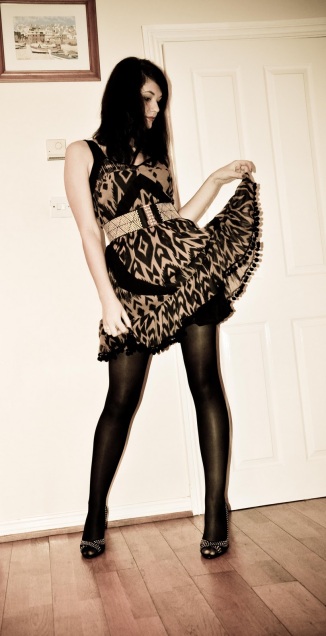 2 thoughts on “The pom pom girl”